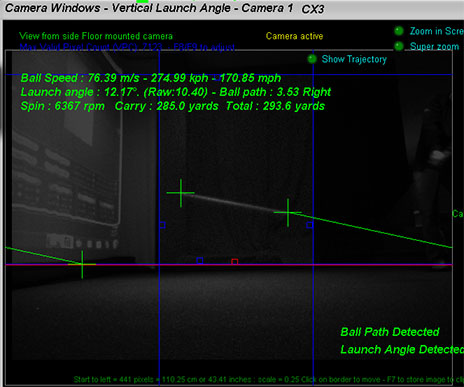 Cause: Turns out that Andre was using visible light LED lighting and not Infra Red LED or Halogen lighting

The cameras require IR light in order to function optimally and LED white light has no IR content in them. The ball traces thus look very faint and the line scan camera won't always trigger with this lighting.

Even though Halogen light is visible, it contains a high percentage of IR light, so can be used.

In addition, Andre's Vcam camera is pointing too low and thus the flooring is too much in the FOV of the camera.

Vcam needs to be point further up so that flooring is only visible at the lower part of the screen. With the camera pointing this low it will not be possible to detect any putts. 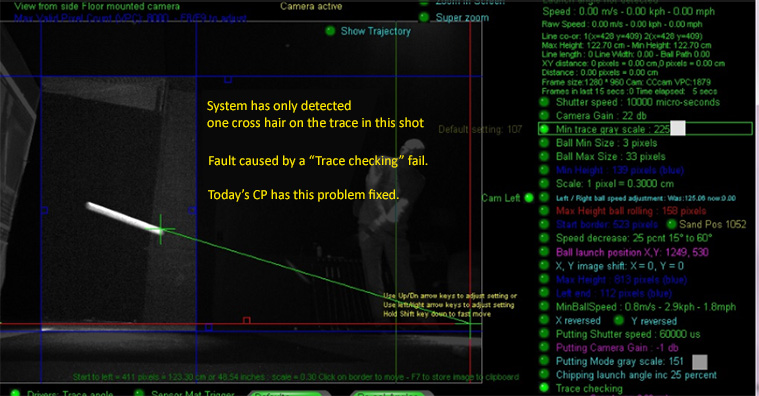 Cause: The ball trace is a lot wider than on most systems (camera maybe closer than usual) which caused the "Trace checking" to fail. 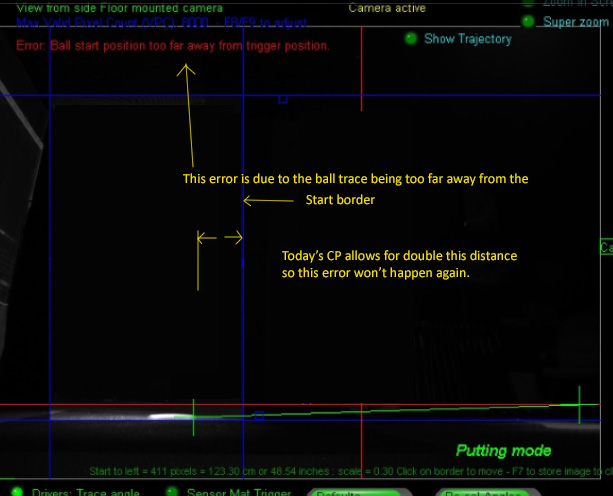 Issue: Joe writes that the putting is not working

Cause: Ball roll started too far away from the start border 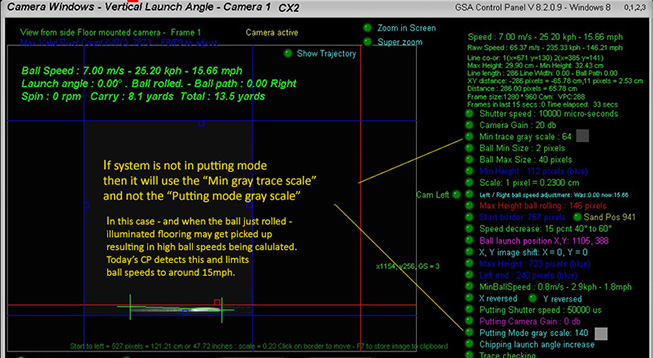 If - for some reason - the ball only rolls when not in putting mode then illuminated flooring may get picked up with the lower gray scale. 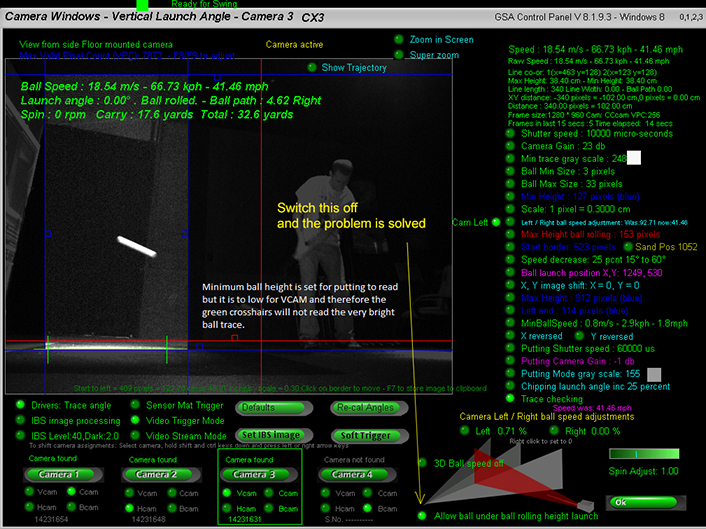 Issue: Joe writes that the ball trace is not being detected although it is very bright.


I just wanted to tell you I did all the last things you suggested including the new CP and I was able to play my first 18 hole round ever! I played Kapalua Village.

Thanks for all your continual help.