Cause: This is the same as Phil's issue (see below)

Charles has also selected "Frame1-2 launch angle" but frame 1 was not from this shot. Result was a negative launch angle.

Charles writes back: System is working fine now that I have turned off the "Frame 1-2 Launch Angle". Thanks Charles 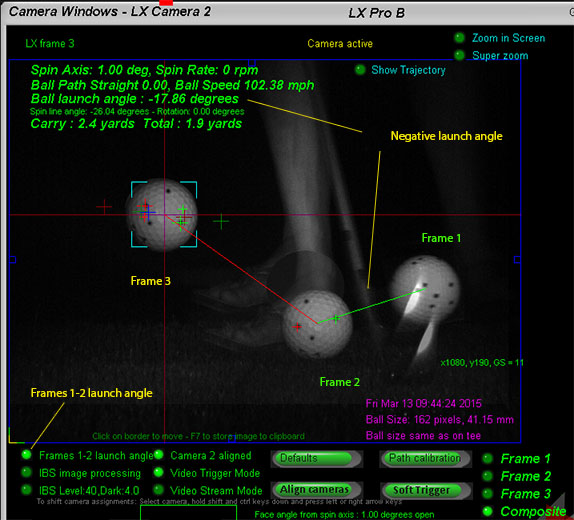 Cause: Phil has selected "Frame1-2 launch angle" but frame 1 was not from this shot. (Looks like a teed up ball from a previous drive)

When "Frame1-2 launch angle" is selected, the launch angle will be measured from frame 1 ( the ball on the tee or hitting position) and frame 2 and not from frame 2 to frame 3.

Solution: If you select "Frame1-2 launch angle" then ensure that the "Always grab frame 1 after shot" option has been selected in the CP's main window.

Today's version of the CP, however, automatically switches to frame 2 / frame 3 launch angle if the launch angle between frame 1 and fame 2 is found to be negative 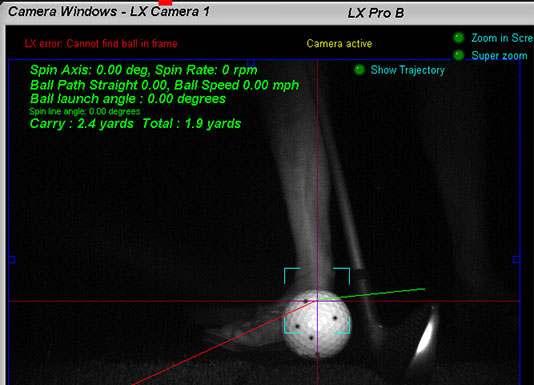 Issue: Phil in California writes that balls are sometimes not being detected when chipping

Issue: Goran in Sweden writes that both ball spin rate and path incorrect

Cause: Dots not being detected due to " Ball spin dot gray scale" set too high.

Note: Path is now being calculated by comparing dot spacing now instead of ball sizes so if dot detection fails then so will ball path.

Today's CP has a plus/minus ball path limit of 15 degrees though.

Issue: Goran in Sweden writes that the ball spin rate is incorrect with this shot (ie way too too high)

Cause: Dots not being detected due to camera gain too high 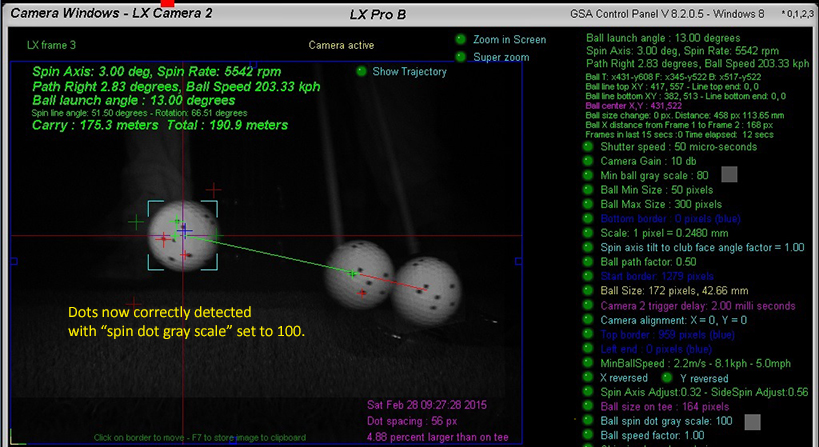 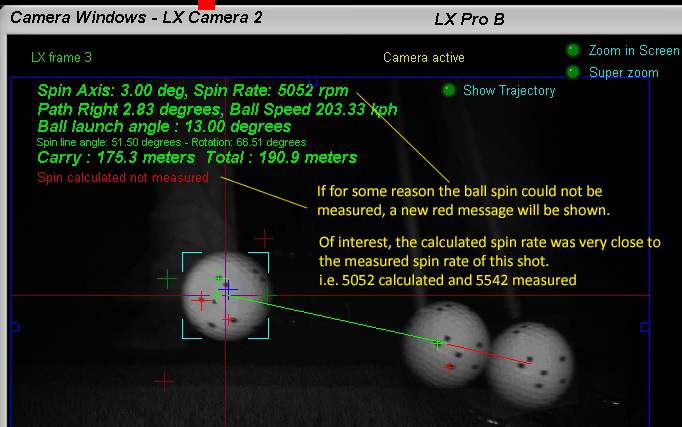 Note: During the Goran tests it was noted that the method used to calculate the spin - if the spin couldn't be measured - was not using the correct launch angle. Calculated spin rate was consequently way too high.