IBS methods are used to significantly reduce the brightness of the background in order to accentuate and incease the contrast of the ball trace in the V and H cams. 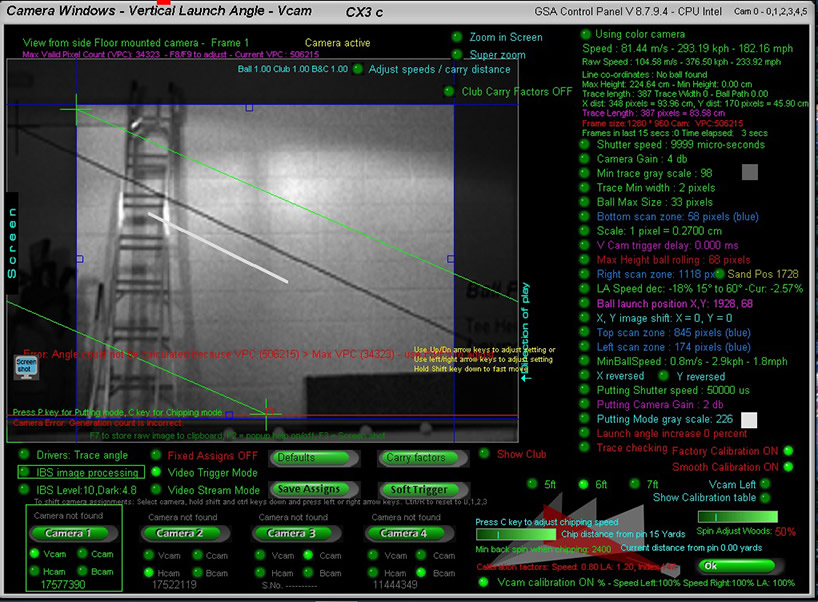 The above test image shows a ball trace with a very bright background. Without IBS, the CP can't detect the ball trace. i.e. it picks up pixels in the background. 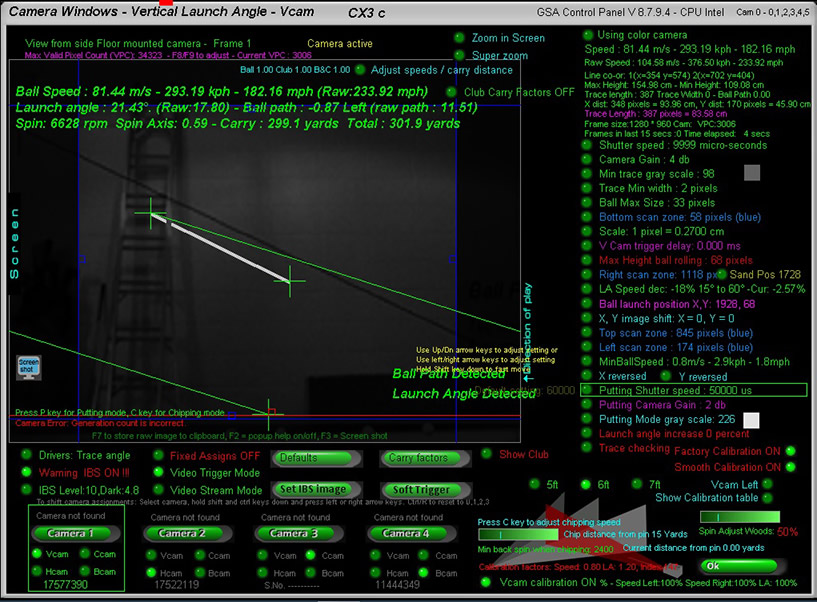 With IBS ON, the background is reduced in brightness to reveal the ball trace.

1. an image captured from the V or H cams without a ball trace in it. (the IBS image)

2. an image captured from the V or H cams with a ball trace in it. (the trace image)

After a shot, the two images are compared and anything found in the trace image that is not in the IBS image is increased in brightness (this will be the ball trace)

and vice-versa, anything found in both images is reduced in brightness (this will be the background).

How to setup IBS

and click the "Set IBS image" to grab and store an image of the background without a ball trace in it.

Do this separately for both the V and H cams.

IBS requires that the actual background during the game remains constant and is the same as the IBS background image initially set.

Other than other objects being placed in the FOV of the camera, changes in ambient or other lighting will also effect how well IBS will function.

If ambient lighting is changing during the day or game, regular new IBS background image setting will be required.

This process can also be automated. i.e. a new IBS image can be automatically triggered and set every 60 seconds or so.

IBS with the Hcam 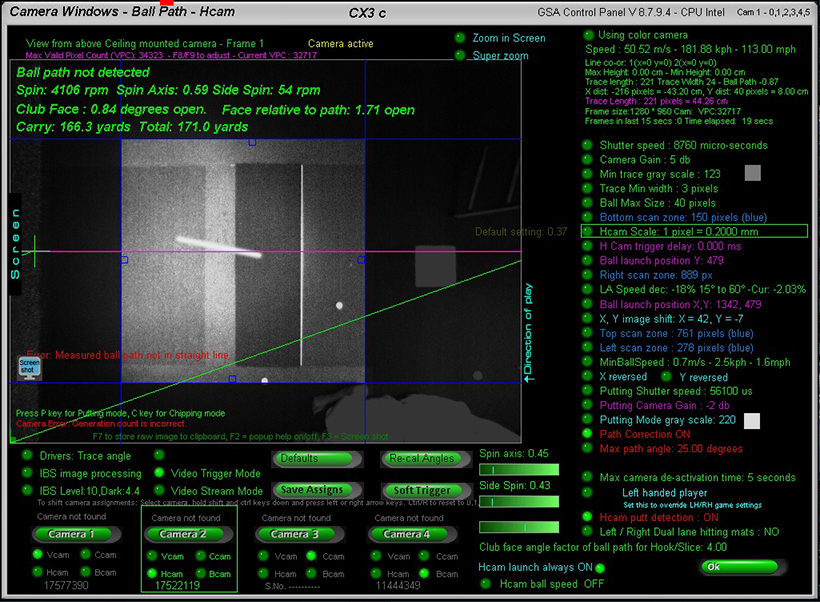 The above test image shows a ball trace in the Hcam with a very bright flooring. Without IBS, the CP can't detect the ball trace. i.e. it picks up pixels on the floor. 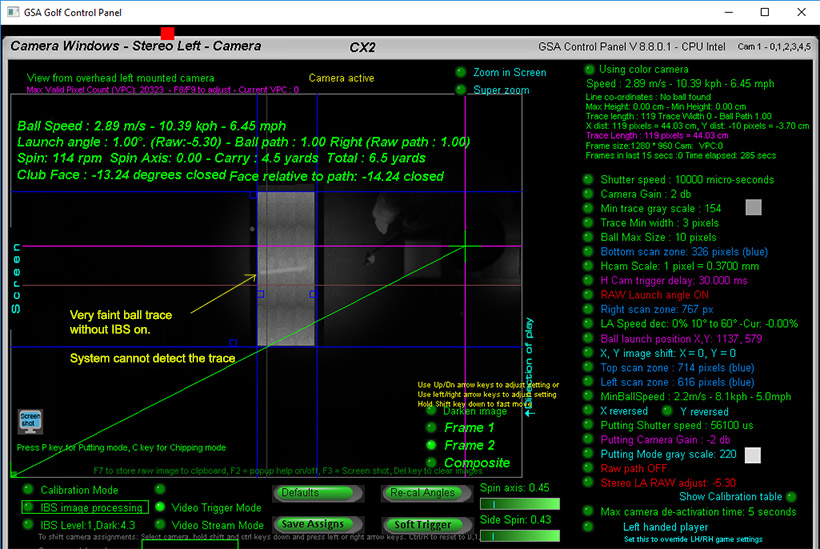 The above image shows an almost undectable ball trace even to the human eye. 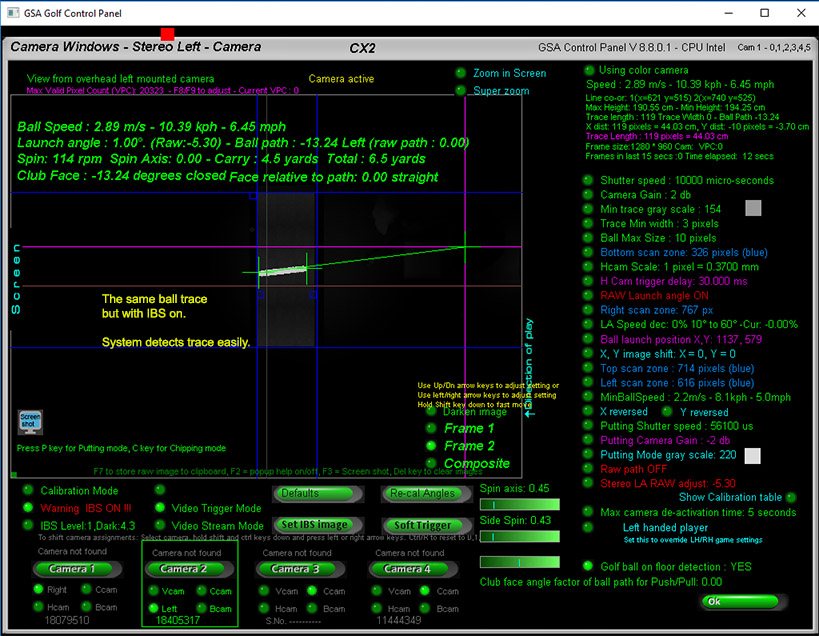 With IBS on, the faint trace becomes very clear.

Some adjustment to the IBS Level value may be required to fine tune the comparison process.

After a shot you should experiment with the Level setting to see which produces the best results. Level 10 is usually about right.

Note that the "Dark" value is currently not being used. 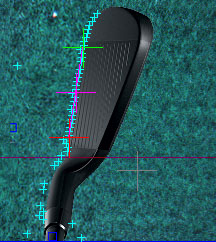 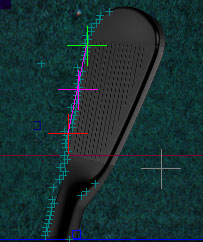 We are currently working on a new IBS system for the CTS cameras.